Flags of the World

Ourdoor Flags of the World

Some countries have both a "Government" and a "Civil" flag.  Both of these flags are usually identical except that the Government flag has an emblem or official seal.  Civil flags in general are intended for use in or on private homes, clubs, commercial buildings, etc. 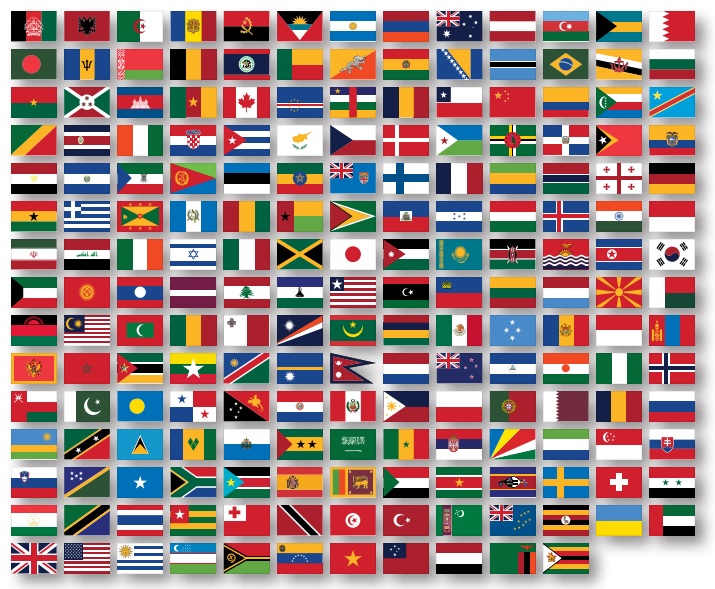 Flag of the World Display Etiquette

In the United States the American flag takes the position of honor over all other flags and should be displayed to the left when viewed by the public with the remaining foreign country flags being displayed in alphabetical order.  The only exception to this rule would be the flags displayed at United Nations Building where the flags are all displayed in alphabetical order.  Please read paragraph 175(g) in the Flag Etiquette section for more information regarding foreign nation flag display.